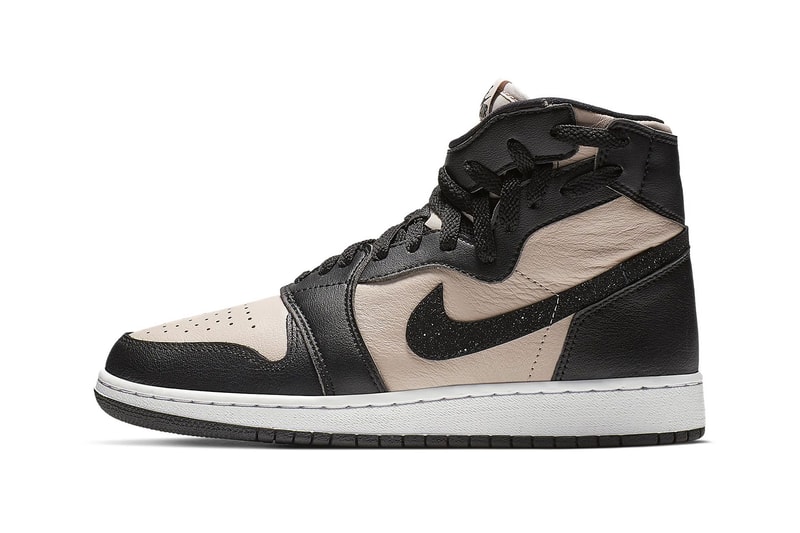 Following up to its sold out Air Jordan 1 Low Slip NRG "Chicago," sportswear giant Jordan Brand now introduces yet another women’s exclusive. This time around, the label launches a "Siltwood Red" rework of the Air Jordan 1 Rebel XX. Although the Nike Air Force 1 Jester XX was a favorite all throughout 2018, it seems as if the AJ1 update might finally be getting the spotlight that it deserves.

As first introduced in the "Nike 1 Reimagined" pack, the Rebel is largely the same as the original AJ1 model save for one distinct detail – a zip closure at the medial panel replaces the classic lace-up construction. As a result of the significant modification, the Rebel has become known for its off-kilter, twisted laces that sit atop the shoe at a diagonal instead of its standard vertical placement. Since the laces serve more of an aesthetic purpose rather than a functional one, the feature makes for a truly unique profile view.

To contrast the blushingly subtle tone of the upper, black leather accents are used throughout the sneaker. To round off the look, the large Swoosh on the side panel is embellished with a slightly glittering texture.

You can shop the ladies-only Air Jordan 1 Rebel XX "Siltstone Red" now at Nike online and in-store, where it retails for $145 USD.