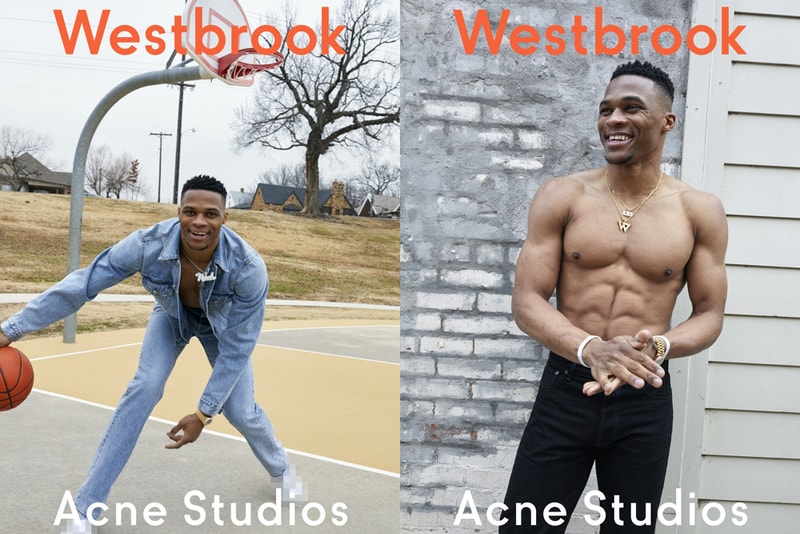 Acne Studios recently returned to Paris Fashion Week to showcase its Fall/Winter 2019 collection, which was inspired by an array of counter-cultures. For Spring/Summer 2019, however, the brand took influence from the American NBA and tapped Russell Westbrook to star in its campaign.

The new spread was shot by Juergen Teller and features the basketball player in his element, whether dribbling on outdoor courts or modeling indoors in a photo studio. For spring, Acne Studios unearthed its 1996 style, a fit that was first launched over two decades ago. Westbrook is clad in a number of the denim pieces throughout the photos, including pairs in dark indigo, a lightwash and a black colorway. Matching jackets coordinate with the looks to complete the laid-back aesthetic.

Westbrook has also had updates in the footwear realm, recently unveiling an "Own the Game” version of his Jordan Why Not Zer0.2 sneaker.