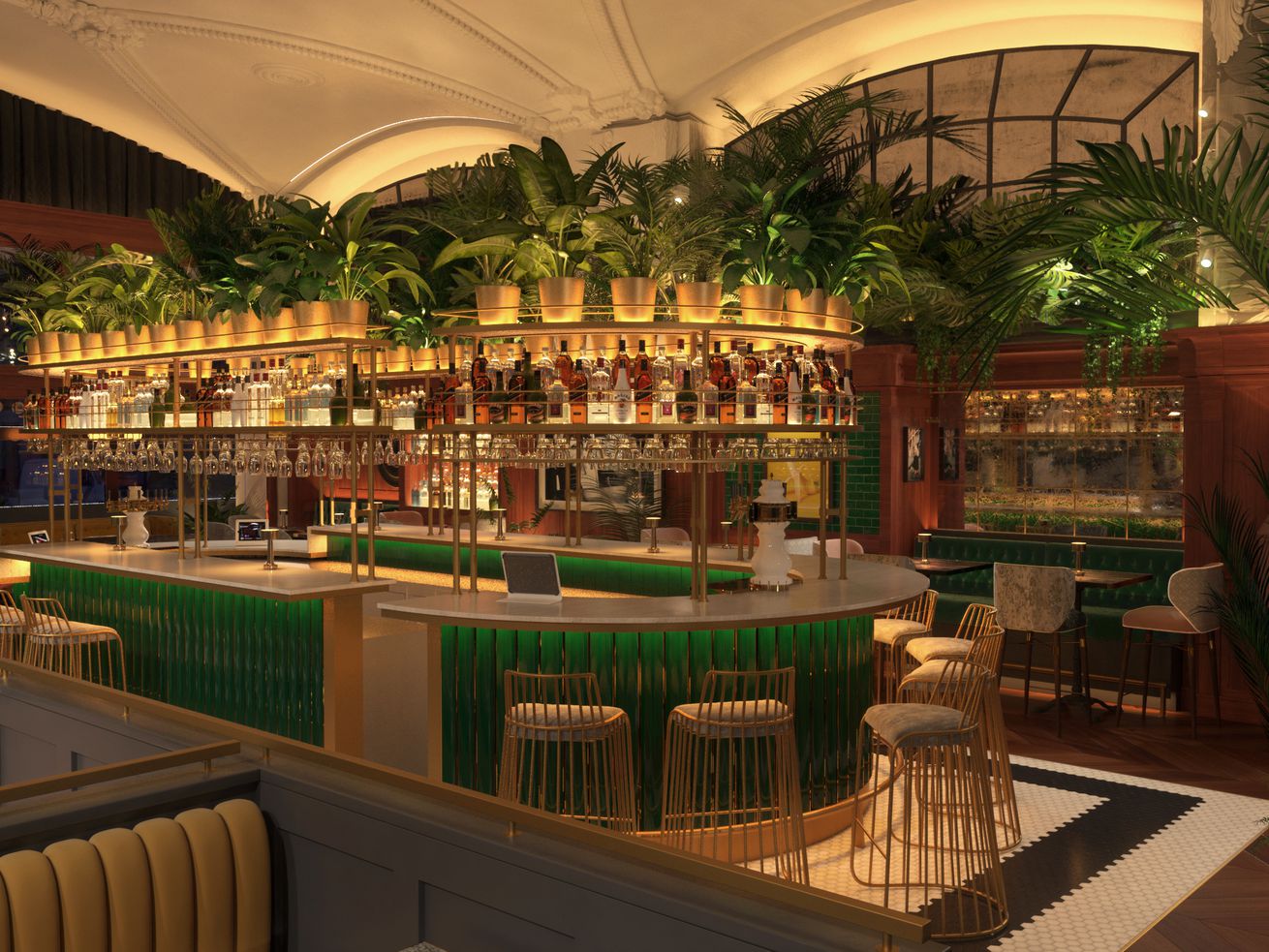 A rendering for the future V DTLA

Things could be getting wild soon in Downtown, thanks to the new V DTLA. The upcoming all-day restaurant on 7th Street is leaning into technology to turn tables faster and engage guests inside the restaurant, and may even offer a multi-sensory dining experience complete with “scent strategy” and sound engineering when all is said and done.

V DTLA comes to Los Angeles by way of Stockholm, Sweden. The company’s founders include Benjamin Callejas of Livit, who for years has been building tech-forward restaurant and retail spaces aimed at not only bringing in customers, but swinging them back through the doors in record time without them noticing. Here’s Callejas speaking in Europe on using design and technology to drive sales, and it seems he’ll be taking at least a few keys from this speech and implementing it in Downtown LA.

Among those details is a new digitally-operated pizza oven that customers can partially control when crafting their order. The space will also allow for basic menu items beyond pizza, like salads and share plates, in addition to both daytime and nighttime drinks. Morning coffee will be provided by Vagabond Coffee out of Florida, say reps for V DTLA.

A nascent website for V DTLA notes an opening as soon as August, though that seems a bit ambitious. The company is also simultaneously putting together a second restaurant in Sweden, which is also slated for this fall. Meanwhile, options like Two Bit Circus in the Arts District and the eventual opening of Salt Bae’s first standalone Los Angeles restaurant show that the confluence of tech, theatrics, and food continues to be on the rise both locally and abroad. After all, LA is still the home of Vespertine.