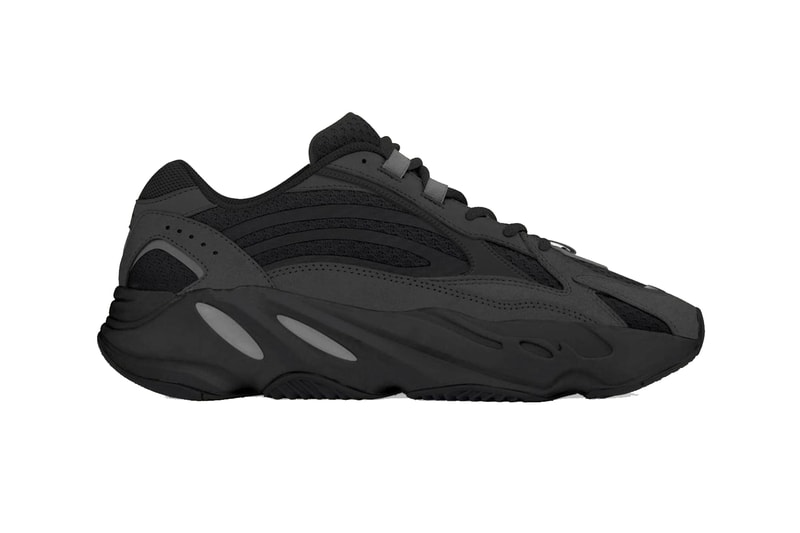 A potential new colorway to the adidas YEEZY BOOST 700 V2 has just surfaced. Named the "Vanta" colorway, the shoe possibly gets its name via Surrey NanoSystems’ Vantablack material, which is known as one of the darkest blacks in the world — absorbing 99.99% of light.

The panels of leather on the uppers and along the eyestay trim come in lighter shades of black while the mesh material sees the darkest shades of black. Offering a little touch of contrast on theses BOOST 700 V2s are the two grey-colored pods at the sneaker’s midfoot. Like past iterations, there is a high possibility that reflective 3M material has been incorporated into the branding. There’s no news yet on a release date, but the "Vanta" colorway should follow past YEEZY BOOST 700 V2 retail pricing at $300 USD. Stay tuned as we’ll be updating you when news arrives.