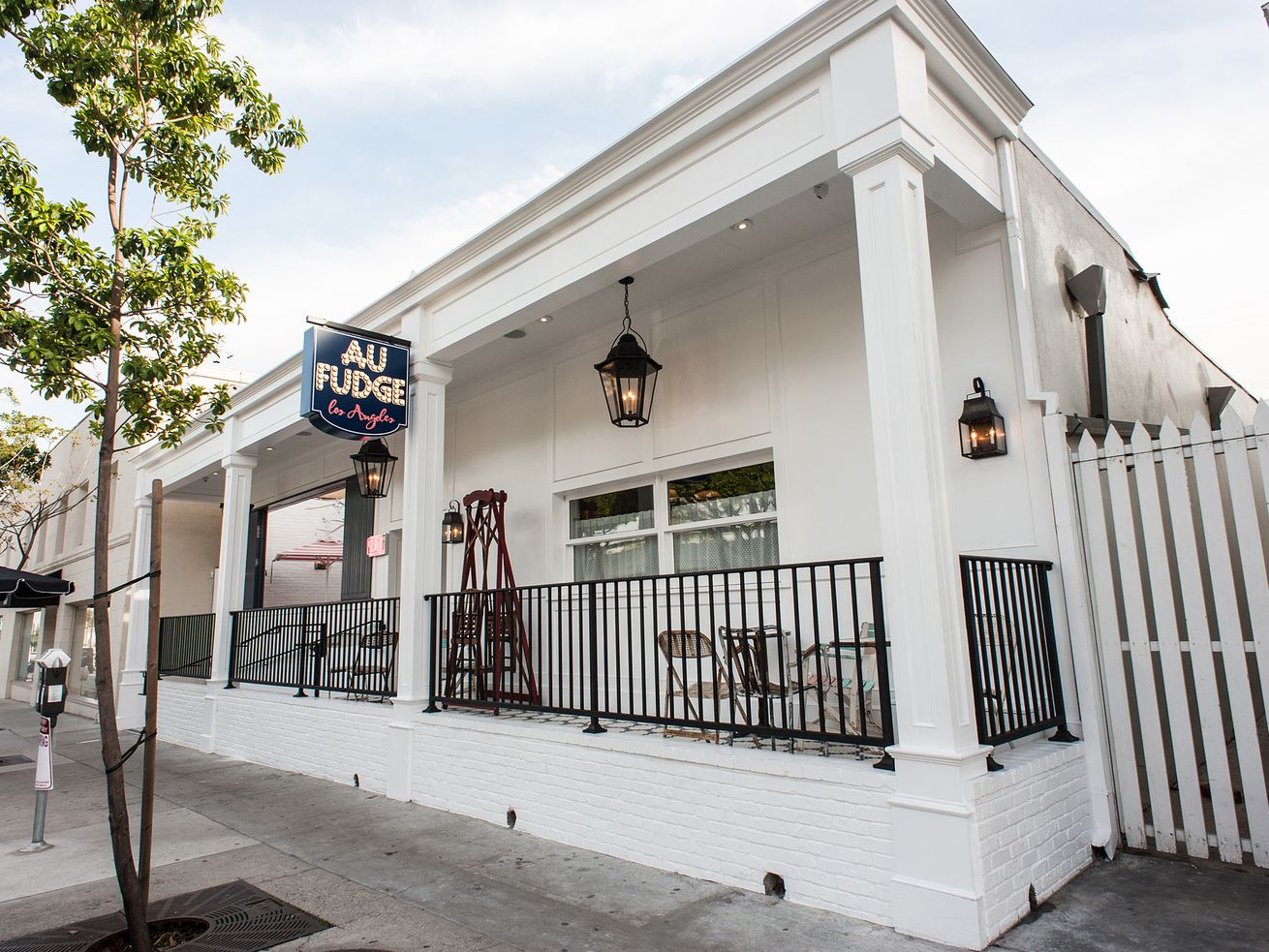 The upcoming Olivetta lands in the former Au Fudge space

The former Au Fudge space on Melrose is getting a breath of fresh Mediterranean air, thanks to a power restaurant couple currently residing in the Palisades.

The shuttered space, just up from Craig’s and around the corner from Dan Tana’s, is to become Olivetta, a modern Mediterranean dinner and lounge destination thanks to Matt and Marissa Hermer. The pair currently operate the all-day Draycott at Rick Caruso’s Palisades Village property further west, but now they’ve taken over the former Au Fudge. Marissa Hermer tells Eater that the focus of the property will be on dinner service only to start, with weekend brunch to follow. The menu will fall in line with many pan-Mediterranean restaurants of this era, winding through light French, Italian, and Middle Eastern touches, with plenty of California influence, of course.

As for the space itself, the Hermers have hired the same design team as at the Draycott, and say there will be room for 150 seats in total across the dining room, two bars, and patio. As for an opening timeline, some ABC paperwork is up now and construction is about to get underway, with an eye towards a September reveal.

The new Olivetta means a second chance for the Au Fudge space, which opened with plenty of fanfare and some celebrity backing from actor Jessica Biel in 2016. The restaurant was hit with a wage theft lawsuit along the way and ultimately shuttered after two years, ending the dream of an upscale playplace for young children and adults alike.