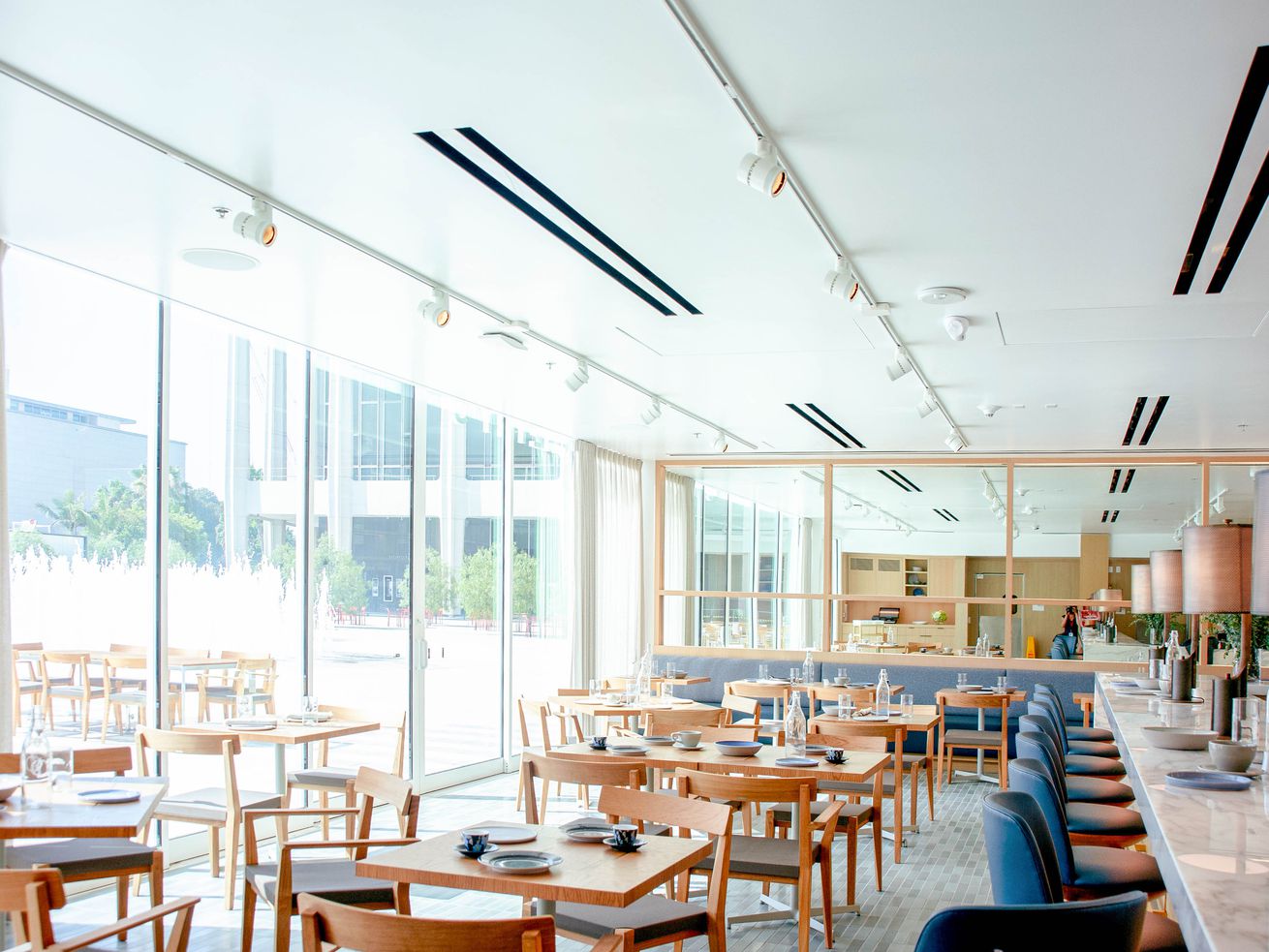 A new Downtown restaurant is hoping to revive the rotating chef model from several years ago. The spot is called Abernathy’s, and per the LA Times it’s slated to open September 5 as part of the revamped Music Center Plaza.

The new Abernathy’s spans some 125 seats, both inside and out, with views looking out over the expansive renovated plaza. The whole area has been completely overhauled to the tune of $41 million, and now includes not only a slew of new outdoor features but also coffee from local company Go Get Em Tiger, served in a small, breezy shop next door. The restaurant will only do dinner during the week, but will offer lunch and brunch on weekends beginning in September.

First up for a three-month stint is chef Shirley Chung of Ms. Chi in Culver City. Other chefs include Ryan Costanza of Freedman’s, Jason Fullilove from the Magic Castle, and Pla and Fern from Luv2Eat Thai Bistro in Hollywood. Each will offer their own unique menus, with their culinary stints only lasting somewhere around 90 days.

The limited-run-chef restaurant is nothing entirely new to the culinary world. Several years ago a standalone restaurant called Fifty-Seven tried to do exactly the same thing, though it failed in under a year and is now the current location of Bon Temps in the Arts District. Reservations can be made now for the opening run under Shirley Chung.