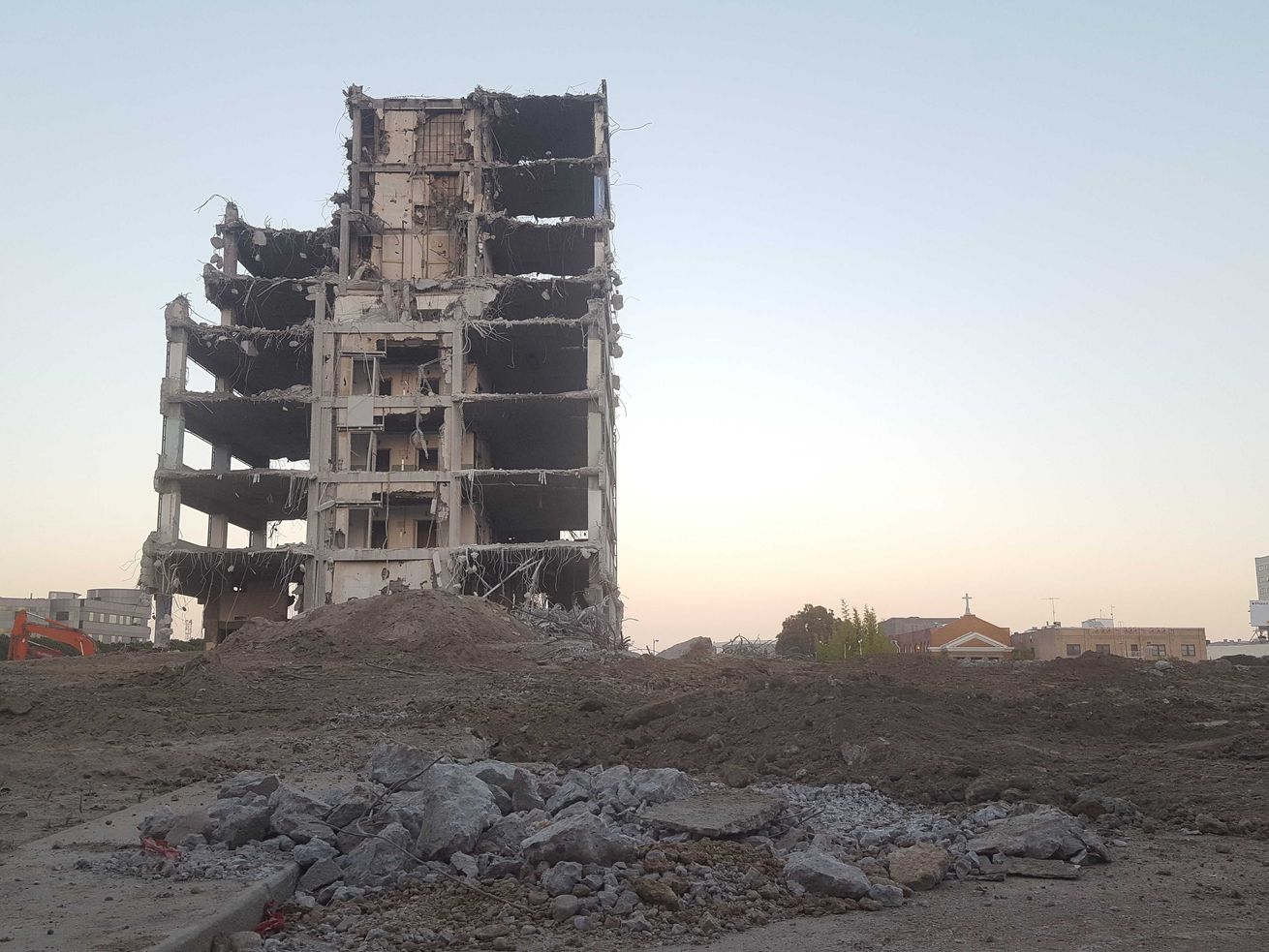 There’s not much time left to see what remains of the Parker Center.

Crews started demolishing the former Los Angeles Police Department headquarters late last year, and have quickly torn through much of the building’s exterior, leaving a hollowed-out shell of the modernist civic building.

Designed by Welton Becket, Parker Center was finished in 1955 and cost $6.1 million to construct (a little over $58 million in today’s dollars). It was described by its namesake, police chief William Parker, as “the finest and most modern police headquarters structure in the world.”

But the gleaming white edifice came to signify some of the darkest moments in Los Angeles’s history, standing in for Parker’s aggressive policing tactics and the ensuing Watts Rebellion. It served as a home base for the department during the Rodney King trial and the Rampart scandal.

Even the building’s construction was contentious; LA officials unscrupulously seized the land beneath it from Little Tokyo property owners, razing part of the neighborhood as residents and business owners struggled to reshape it following the mass-internment of Japanese Americans during World War II.

Those associations led the Los Angeles City Council to deny an effort on the part of preservationists to landmark the structure in 2017. Instead, it will be replaced by a 29-story high-rise set to anchor a larger overhaul of Downtown’s Civic Center.

The skeletal remains of the building are scheduled to be completely disassembled by the end of the year. Until then, they live on as an Ozymandias-like reminder of Parker’s Los Angeles.