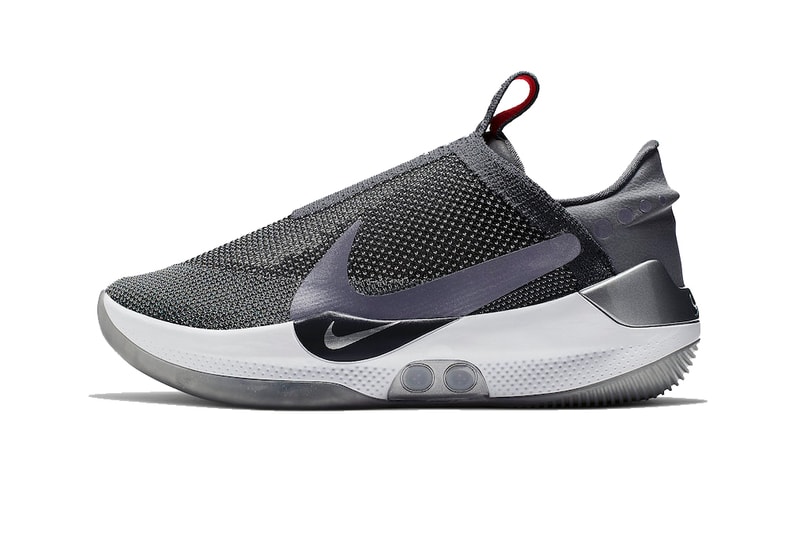 Still working to fix the Android-related bug that followed the inaugural release, Nike’s Adapt BB is set to drop it an all-new second colorway of "Dark Grey."

The Adapt BB is Nike’s first performance sneaker with its proprietary "electric adaptable reaction lacing" (EARL) technology. Powered by a mobile app, the wearer can adjust the tightness of the sneaker for various in-game moments, contouring specifically to the player’s foot. It’s received generally positive reviews, aside from the relatively high price-point and aforementioned Android malfunction, and has been worn by a number of Nike athletes in both the NBA and NCAA.

Here, the innovative sneaker is dressed in a "Dark Grey" colorway, where its Flyknit upper matches the Swoosh and outsole, differing from the black and blue combo that dropped in February. And while the midsole lights appear in red above, it is fully customizable to illuminate in a number of varying shades.

Currently, the Nike Adapt BB is rumored to hit retailers on April 19 for $350 USD, however Foot Locker UK’s release calendar states a "Dark Grey" EARL sneaker is releasing on April 6. So be sure to check back as we’ll update this post once Nike makes an official announcement.

In related news, Mark Parker told investors on the recent quarterly earnings call that Nike is experimenting with auto-lacing tech in other footwear categories.