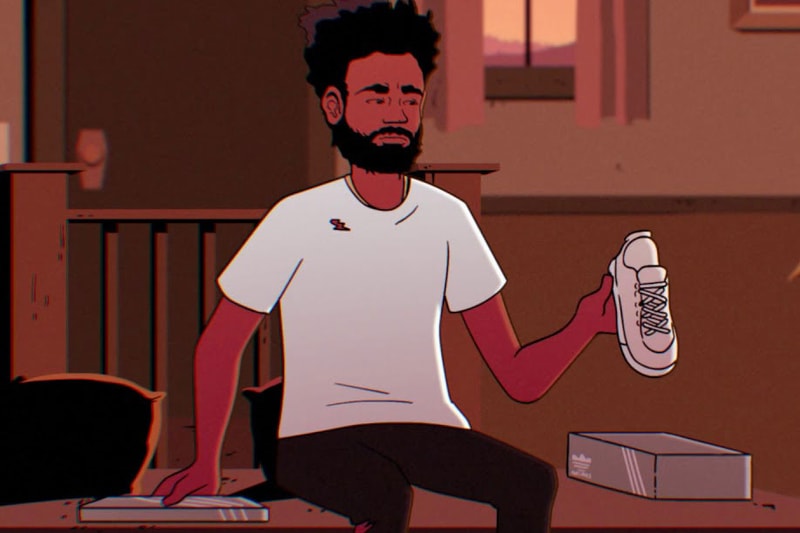 Last year, adidas Originals teased a new footwear collaboration with actor and writer Donald Glover. The short announcement clip shows an animated Glover putting on a pair of Three Stripes shoes that resembles the ’70s Nizza silhouette. We finally get a closer look at the sneaker courtesy of Jemuel Wong, an avid adi enthusiast.

The low-tops sneaker features a distressed canvas upper with blue and white-striped canvas laces. The signature Three Stripes insignia is run along the lateral in an off-white shade to contrast the stark midsole.

There is no official release information for the adidas x Childish Gambino sneaker. According to rumors, apparel will be released alongside the footwear. Preview the collaboration above and stay tuned for more information.