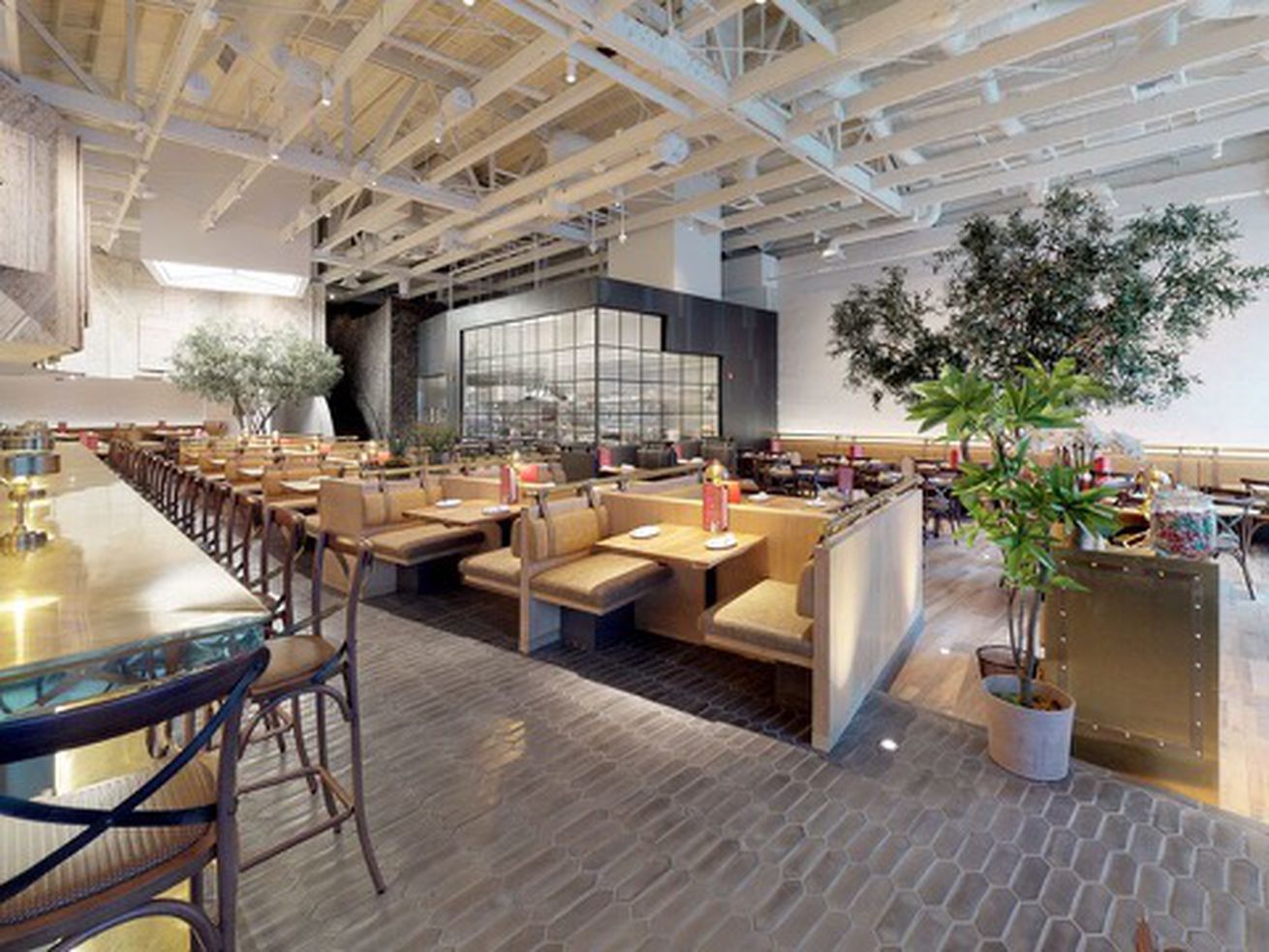 Plus Tartine at Whole Foods, and the history of Chinatown

New to the scene

A surprise new restaurant has hit the Beverly Hills food scene this month. Cantina Frida is a more modern (and definitely more upscale) offshoot of the Frida Mexican Cuisine mini-chain that circles Southern California, but this location boasts more than 180 seats, a gold-tinted bar, and lots of private dining. The tony outlet at 252 N. Beverly Drive — formerly a Fleming’s Prime Steakhouse — features a menu filled with big plates of skirt steak and fish, as well as classics like tacos and enchiladas. The restaurant is open now for lunch through dinner.

Alcove in Los Feliz is turning 15 years young this year, and is giving back to its local community by offering $1.50 drinks all summer long, available from 6 a.m. to 9 a.m. daily. That means any latte, brewed coffee, espresso, or what have you, offered on the cheap as a way of saying thank you.

Tartine is starting to sell direct inside a few different Whole Foods locations around Los Angeles. The loaves come from the Manufactory production facility at the Row in Downtown, and can be found at Whole Foods in DTLA and at Third and Fairfax. Meanwhile, the company’s Silver Lake location is still under construction, but paperwork is up now for a liquor license that would allow for a full bar inside.

Hello LA❗️❗️❗️If you haven’t already heard the news — WE’RE LIVE at Whole Foods DTLA and 3rd & Fairfax starting today ❗️❗️❗️Each store will have a Tartine staff member there to answer questions and support our program. WF is committed to elevating their bakery program, working with sustainable partners, and investing in a relationship with Tartine in order to bring more of our quality products to some of their LA stores. The bread will be delivered twice daily – fresh from our ovens as we bake throughout the day. Just like in our own locations – you will not find a loaf more than a few hours out of the oven . * Again, our packaging is made from organic materials that are plant based. The kraft paper and plastic that make up our bags are both biodegradable and certified compostable. * Made Each Day. Each Day Made. #tartine

Silver Lake snack shop and food takeaway spot the Goods Mart turns one this weekend, and to celebrate the company is doing a fun food and drink pop-up, with bites from Kitchen Mouse, Burritos La Palma, and more. The party goes down on Saturday from 11 a.m. to 3 p.m.

Another round of Dandi pop-ups is happening around Los Angeles. The modern Korean dinners move to Poppy + Rose in Downtown on June 13 and 14, followed by a stint at the Hotel Normandie down the line. Tickets are available now.

Eagle Rock’s quiet Old Chalet bar is once again getting new ownership, as the ABC team that bought the place back in 2017 is now turning it over to the bar’s manager Thom Sigsby and partner Monica Katzenell to run themselves. Don’t expect any service or name changes for now.

The Huntington has put together an awesome video on the old menus of LA’s Chinatown, showing how many of the restaurants in that neighborhood have changed, adapted, or disappeared over time. Give it a look.