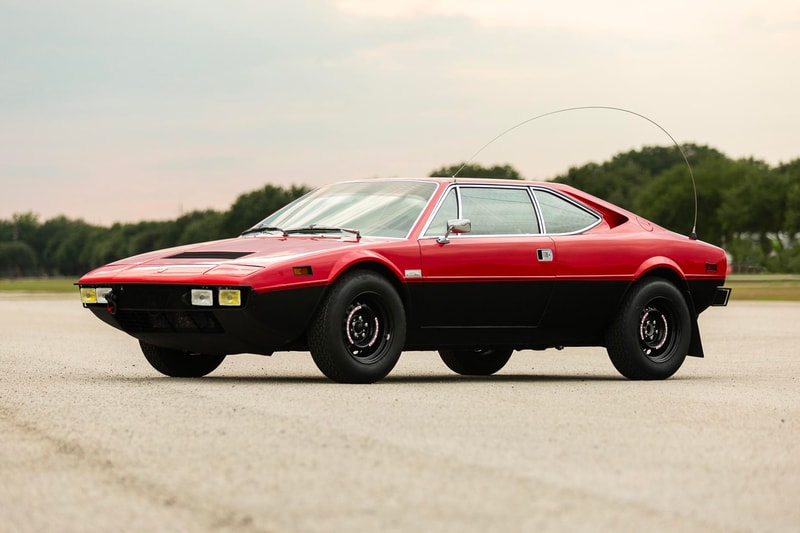 The 1975 Ferrari 308 GT4 has been an outlier of sorts ever since its conception, but the one now on auction is even more special and deviant from Ferrari‘s usual bloodline. Originally launched in ’73, the 308 didn’t enjoy the privilege of being a Ferrari until three years later, starting off its life being branded under Dino as the car had less than 12 cylinders and rocked a mid-engine layout. Eventually attaining the Ferrari name, the racer became the brand’s first road car with two-plus-two seating.

History aside, the 308 currently on auction has come a long way from its original stock construction. While the racer has been repainted in a red "boxer" and matte black color scheme, the most impressive modifications come from the current owner’s $26,000 USD investment into turning the ex-Dino into a lifted off-roader repurposed for a safari. Upgrades include new raised suspensions, a custom front bumper, a caged rear bumper, a whip antenna, and even custom 15-inch steel wheels dressed in Michelin XWX tires.

Not everything has been completely revamped, however. The original 3.0L quad-cam V8 engine remains intact, working in tandem with the five-speed manual gearbox that came with the machine. A timing belt service was done during its latest conversion, but other than that, the general powertrain remains intact and unmodified.

For those with a taste for eccentric Ferraris, the 1975 Ferrari 308 GT4 Safari — currently located in Houston, Texas — is now available for auction over at Bring a Trailer.