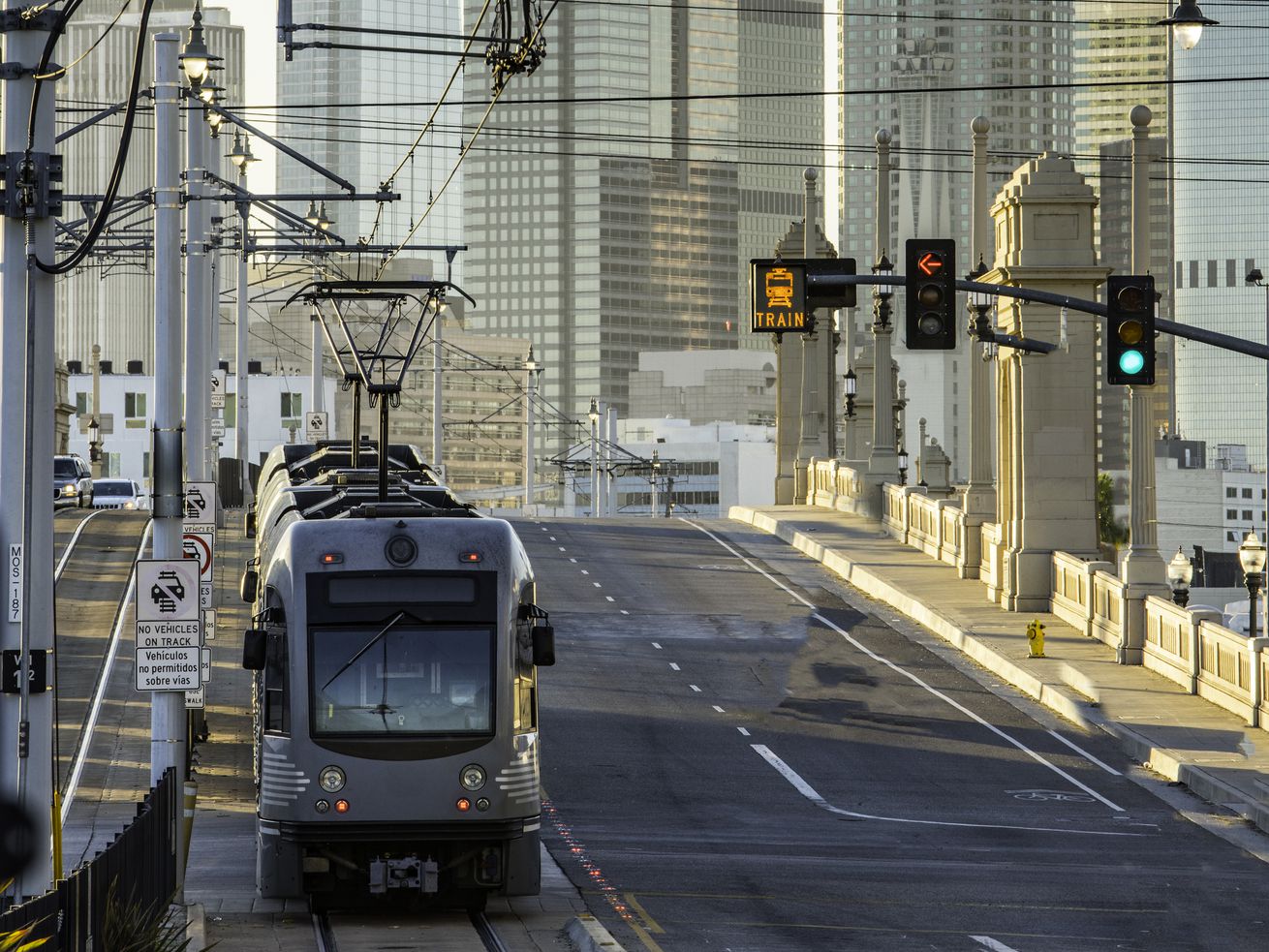 How to load your TAP card, where to sit and stand, and the best apps

The idea that everyone drives in Los Angeles is a cliché nearly as old as the car itself. Though a huge share of residents get around primarily by automobile, the city is also home to one of the largest and most-used transit systems in the U.S.

Los Angeles County’s Metropolitan Transit Authority (Metro) boasts a growing rail network and an armada of buses that blankets the LA area and intersects with locally operated transit systems like DASH (in the city of LA) and Big Blue Bus (in Santa Monica).

It’s not a perfect system—trains and buses get delayed or don’t always arrive on time—but taking public transportation can help you feel more connected to the city. You’ll see new places and interact with more people. And it’s the best way to lower your carbon footprint.

Whether you’re a visitor, a transplant, or a longtime resident who’s ready to try ditching your car, you’ll need some advice to feel like more like a pro while riding public transit. And, since there’s no DMV class for how to ride Metro, below are nine tips to make your commute easier.

1. Know the last stop: If you’re riding rail for the first time, be sure to take a close look at Metro’s system map. It’s not always easy to figure out which side of the platform you should be on, and most station signs only point you toward the last stop on a particular line. You’ll need to figure out where the station you’re traveling to can be found along the way before boarding. You should also know that the Purple and Red lines share some tracks, so check the station monitors and listen to the announcements before boarding.

When riding the bus, make sure to board on the right side of the street (in the direction that you’re headed). If in doubt, don’t hesitate to ask the driver.

2. You need a TAP card: A one-way fare on Metro is $1.75 (transfers are free within two hours). The TAP card is Metro’s multi-purpose ticketing system, and it can be used all over the county. More than two-dozen local transit agencies accept payment through money stored on TAP cards, and in some cases the cards can also be used to transfer between lines operated by different agencies.

TAP cards can be loaded with stored value or with passes that guarantee unlimited rides in a given window of time (the passes can only be used on Metro trains and buses and aren’t valid on lines operated by other agencies).

You can purchase TAP cards at any rail station or at an approved vendor. Refill them at stations, online, or by phone (1-866-TAPTOGO). If you have a TAP card, you can load value on buses using cash.

One handy thing to know about TAP cards: They contain a chip that fare machines can read through a wallet. Obviously it depends on what kind of wallet you’re carrying, but putting your TAP card on the closest available pocket to the skin of a wallet—or inside a phone case—allows for seamless transactions. The seconds saved pulling it in and out can be the difference between catching a train at the last minute and waiting for the next one.

3. Find your app: Taking Metro from point A to point B isn’t always as simple as getting on a bus at one stop and disembarking at another. For that reason, you may want some digital assistance mapping your route.

If you’re committed to taking Metro the whole way, the agency has its own app, which can be used for trip planning. To compare rail and bus journeys to other modes of travel, the Google Maps public transit feature is a good place to start.

Transit research center Mobility Lab recommends Citymapper, Transit, and Moovit for those who want even more in-depth information about travel options in their cities. All three can be used to plan routes, compare options (maybe it’s faster to hop on a bikeshare bike than to wait for the bus you just missed), and check up-to-date arrival times at nearby stops.

4. Know where to sit and stand: First, let passengers de-board before stepping onto a train or bus. Once on board, try as best you can to move to the center of the train car or to the back of the bus so that people behind you can board. Sometimes you may not have a place to sit, but when you do, resist the urge to put your bag on the seat next to you—it’s just bad transit manners. Finally, when you’re in a station, keep to the right on the stairs or escalator to allow people to pass.

5. Wear walking shoes: Riding Metro involves plenty of walking, standing, and climbing stairs. Appropriate footwear makes the experience much easier. If you need nicer shoes for work, you can always put them in your bag and change into them later. The more you take transit, the more your bag becomes your trunk. Consider packing a book, a bottle of water, hand sanitizer, and a phone charger so you’ll be prepared for nearly any situation.

6. Get creative about your first and last mile: Chances are, you don’t live right next to a rail station. But most people in LA County live within a mile of a stop along a train line or bus route. Walking, biking, skating, and scootering are all viable ways to get there. If all else fails, you can always hail a ride for part of your trip. Taking transit part of the way will almost certainly be cheaper than riding in a taxi or Uber for the entire distance.

7. Go the bathroom ahead of time: Very few (three) Metro stations have bathrooms. Buses and trains don’t have them either. So if you’re in for a long ride, make sure you take care of your businesses before boarding.

8. See if you qualify for discounted fare: The price of a monthly pass is $100. If that feels steep, there are a few options to bring that cost down. Metro offers reduced fares for low-income riders, seniors and people with disabling conditions, K-12 students, and college students. If you don’t fall into one of those categories, ask your work if they offer employer passes. If they don’t, let them know it’s not too late to sign up for the program.

9. Plan your return trip: Metro’s timetables change throughout the day, so getting back from wherever you’re going may not be as easy as retracing the route you took to get there. Make sure the trains and buses you’re planning to ride are running at the time you plan to make your return trip.