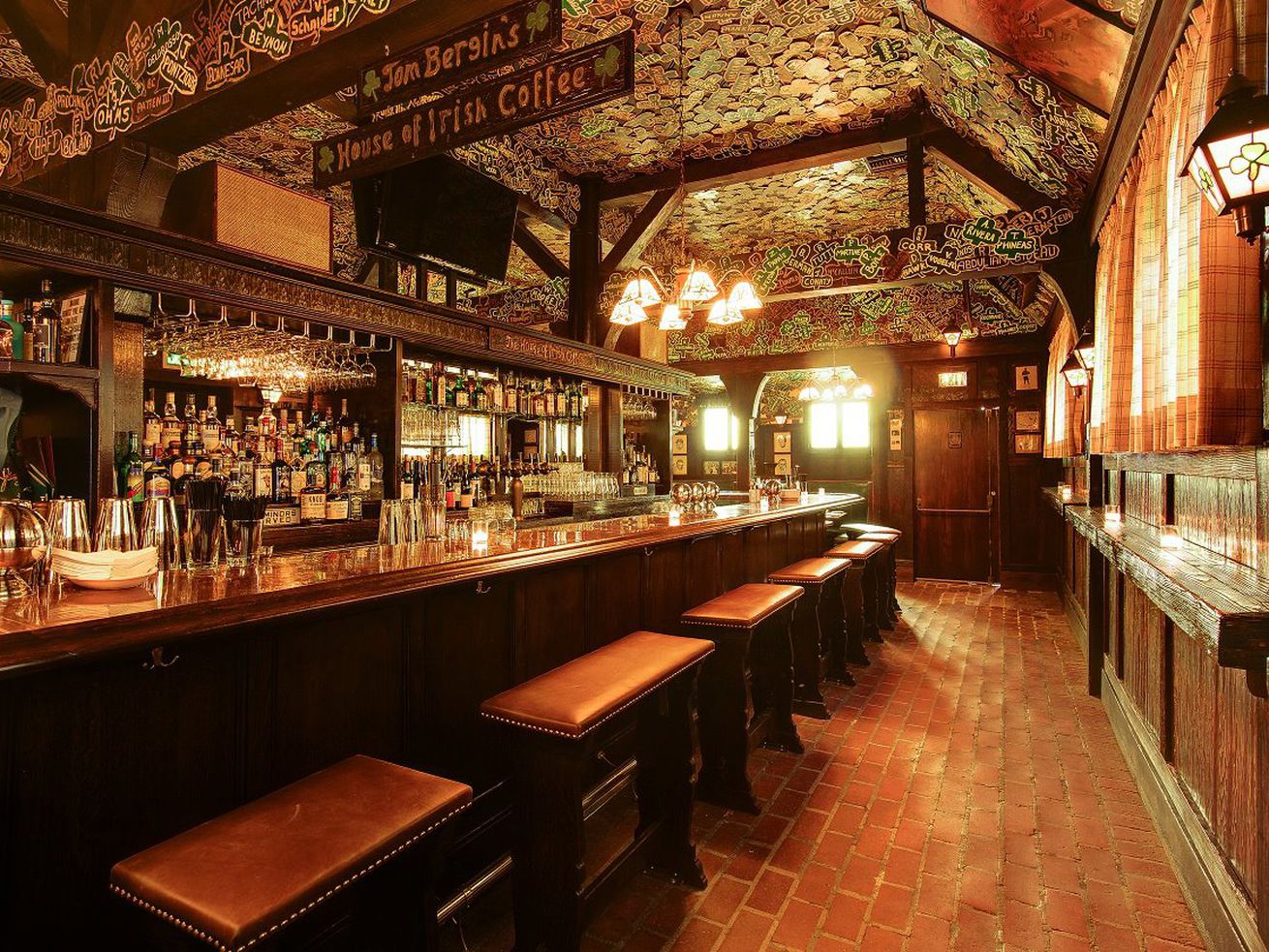 Iconic Irish bar Tom Bergin’s is back in the news this week as part of a protracted dispute regarding the building’s status as a potential historic cultural monument. If the designation is approved by the City of Los Angeles, Tom Bergin’s would be saved from demolition along the busy south Fairfax corridor. But not everyone — including the current owners who first tried to save the place — thinks that’s a good idea.

Per the Larchmont Buzz, a Friday community meeting regarding the fate of Tom Bergin’s turned out to be quite a show of hands, with dozens of folks waiting patiently to voice their opinions to the Los Angeles Cultural Heritage Commission. Those in favor of saving the building as a heritage site far outnumbered those against, with the ayes pointing to Tom Bergins’ past as one of the oldest liquor license-holders in the city, and its original 1936 opening date.

The primary dissenting voice was Derek Schreck himself, the most recent owner of the bar. Schreck, an actor, was a longtime patron of Tom Bergin’s before he took it over in 2013 to save the building from permanent closure. But he struggled to keep the restaurant profitable and ultimately closed the place himself early last year. Since then, the fate of the 83-year-old business has been up in the air, though the Schreck family still owns it.

In a sad bit of business, Schreck addressed the commission to oppose the historic monument status, arguing that his upgrades and building changes since taking over should make the place ineligible. Similarly, the restaurant was not the site of any particular notable event, and is not architecturally significant, Schreck’s lawyer said. Derek Schreck’s father Frank Schreck, also an owner, spoke as well, with the Larchmont Buzz saying:

[Frank Schreck] said his son had invested his family inheritance in the property, and now it has become his financial nightmare.

The Friday evening hearing concluded with the Heritage Commission voting 5-0 in favor of awarding Tom Bergin’s historic monument status. The cause now moves to the Planning and Land Use Management committee before potentially landing on the desk of the City Council for Los Angeles. If approved all the way through, Tom Bergin’s would be saved from demolition, though its resale value to the Schreck family owners would take a hit because the building itself would become potentially untouchable for any future demolition and development.

Similar historic monument status has been granted for restaurants before, from Norm’s on La Cienega to the old Irv’s Burgers stand on historic Route 66 in West Hollywood. Other attempts to landmark properties like Nate N’ Al’s deli in Beverly Hills have been met with resistance by ownership keen to sell the property. As for what will happen to Tom Bergin’s, the final vote will determine its fate.