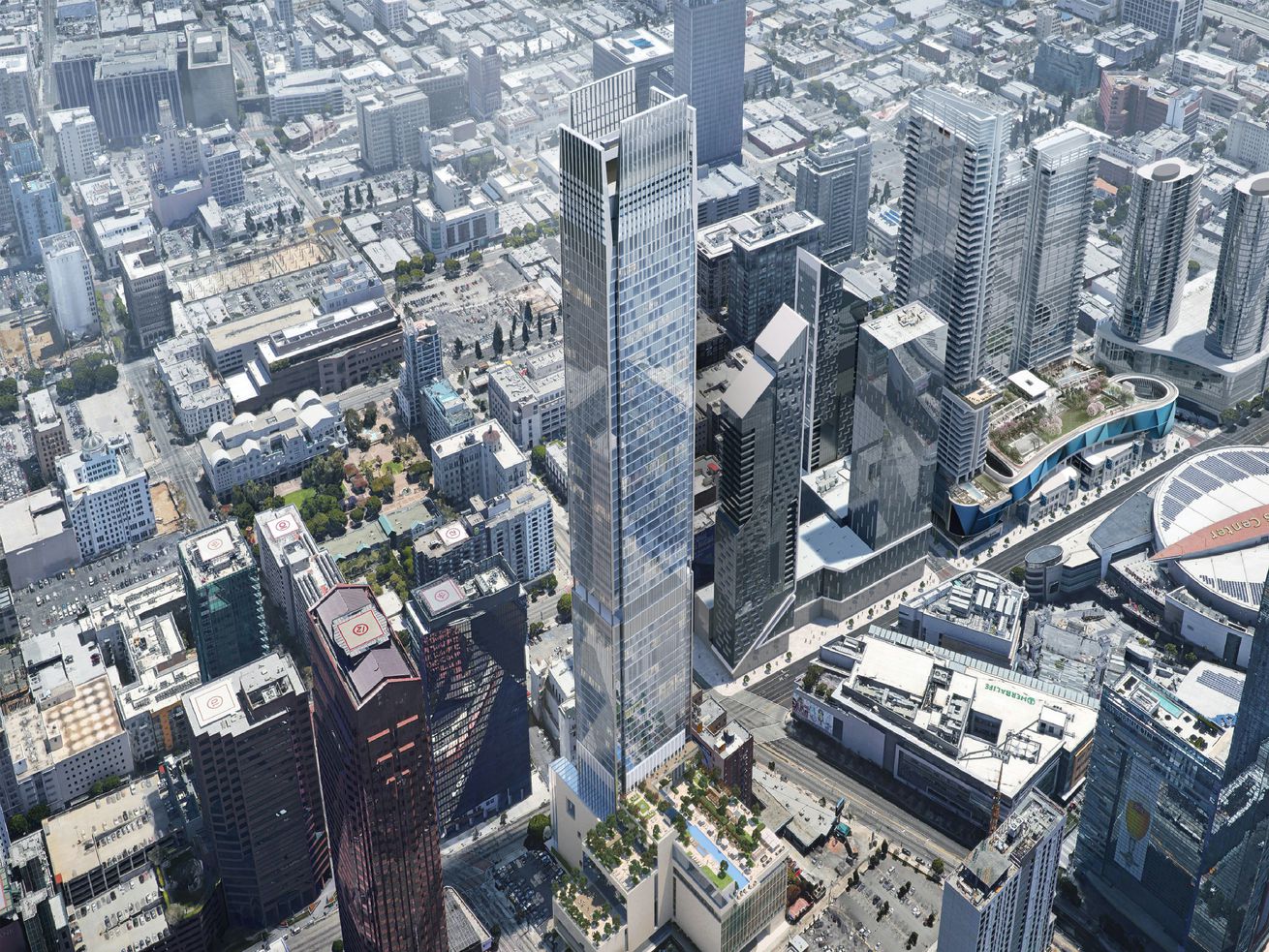 Construction could start as soon as next year

A 66-story skyscraper planned for a parking lot next to Hotel Figueroa in Downtown Los Angeles appears to be moving ahead on schedule.

Called Figueroa Centre, the proposed glassy condo and hotel tower has been quiet for a little more than a year. But now plans for the CallisonRKTL-designed project at Figueroa and Ninth are slated to be presented tonight to the Downtown LA Neighborhood Council’s planning and land use committee.

Figueroa Centre, as proposed, would hold 220 hotel rooms, 200 condos, about 79,000 square feet of retail, restaurant, and possibly office space, and 578 parking spaces. The project’s developer, Regalian LLC, is seeking approvals from the city to sell alcohol in up to 10 locations within the project.

Slated to break ground in 2020, the tower would rise in a neighborhood that is expanding vertically.

A few blocks west of the site, the third and final tower in the Metropolis project is slated to open later this year. At a site near the 110 Freeway and Olympic Boulevard, a development with a trio of high-rises up to 65 stories is working its way through the city approvals process now.

Regalian has projected its skyscraper project could be finished as soon as 2023.