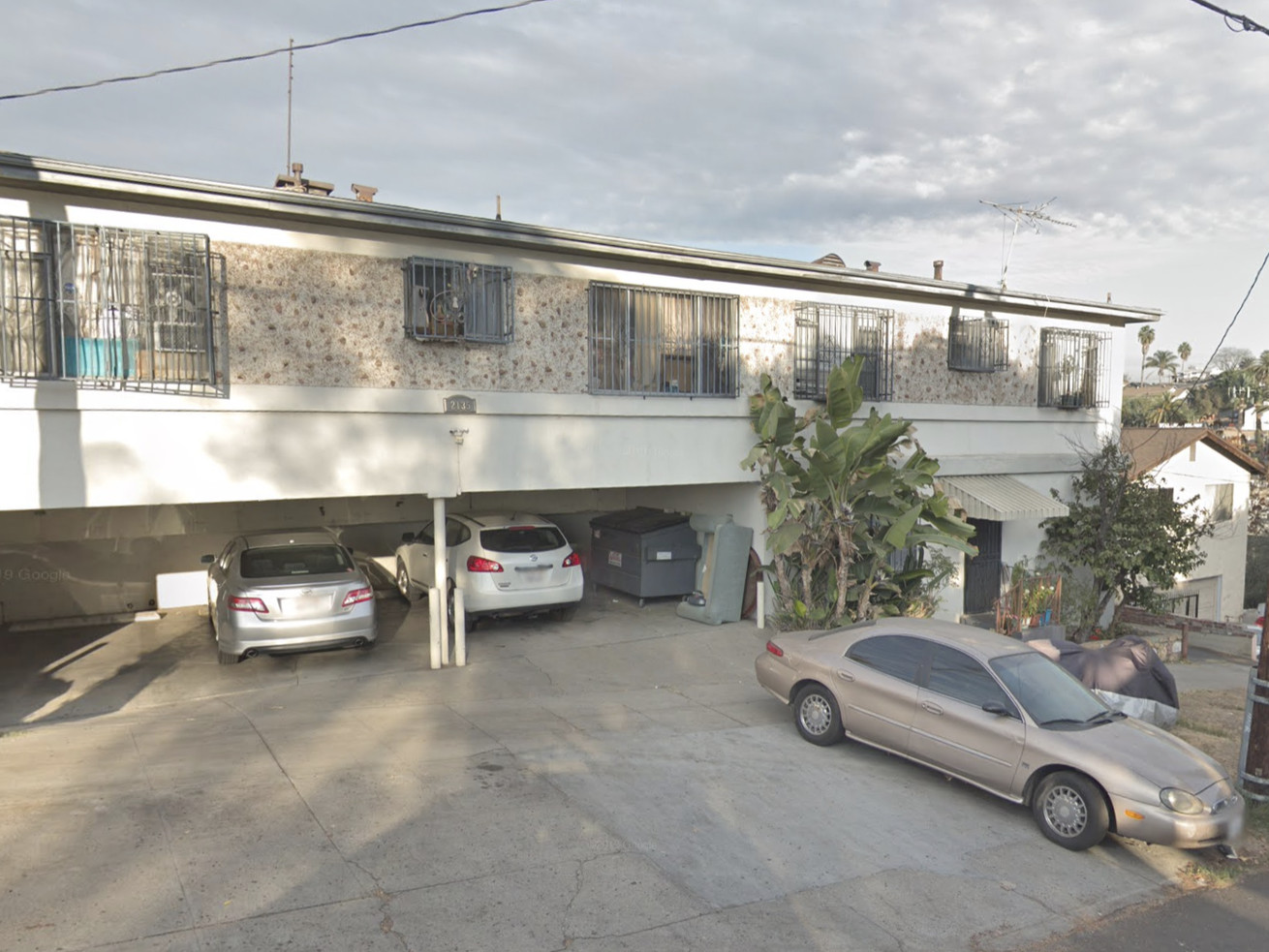 The owner of 12 apartments at 2135 Bellevue in Echo Park filed an Ellis Act eviction in June. | Via Google Maps

In the last three months, property owners in the city of Los Angeles filed applications to remove rent control from 657 apartments.

“We’ve seen a huge increase this round,” says Larry Gross, who’s been tracking Ellis Act evictions for nearly two decades as the head of the Coalition for Economic Survival. “It’s the equivalent of seven units per day lost.”

The numbers were compiled by the coalition, verified by the city’s housing and community investment department, and analyzed by Curbed.

They represent the number of applications filed under the Ellis Act from April to June. The state law allows landlords to decommission their rent-controlled units under two scenarios: They either plan to demolish the building or permanently withdraw it from the rental housing market, typically to convert to condos or for-sale units.

The zip code with the highest number of evictions in the last three months was 90026, which spans Silver Lake, Echo Park, and Historic Filipinotown.

Since 2001, property owners have filed applications to pull rent control from 25,853 units, according to the coalition. It’s a small fraction of the approximately 600,000 rent-controlled apartments, townhomes, and duplexes in the city of Los Angeles. But Gross says it’s important to remember that the Ellis Act numbers represent the number of apartments—not the number of residents—affected.

“If there are 2.5 people per household, we’re talking about 1,600 lives being impacted [this quarter],” he says. “And once those units are gone, they’re never replaced.”

In the city of Los Angeles, only buildings constructed and occupied before October 1, 1978 are subject to rent control.

Affordable units that are available to low-income renters at subsidized rates are sometimes incorporated into new housing developments—but those typically flip to market rate after 30 or 55 years, under financing agreements and contracts with the city.

Still, subsidized housing is badly needed for many low-wage earners, because the price of most market rate units is out of reach.

The Los Angeles-based AIDS Healthcare Foundation is collecting signatures for a ballot initiative that would allow cities such as Los Angeles to expand rent control to newer buildings. Another state law separate from the Ellis Act limits cities and counties from expanding rent control measures. The law is called Costa Hawkins, and the AIDS Healthcare Foundation failed with a similar to effort to reverse it last year.

Assembly Bill 1482, which working its way through the Senate now, would also expand rent control to Los Angeles units built between 1978 and 2009.

Renters evicted under the Ellis Act are entitled to relocation assistance, at least $8,200 to $21,200, depending on the renter’s income, age, and years lived in the unit.

Los Angeles City Councilmember Mike Bonin says the payouts should be bigger to take into account family size and the expenses of moving into a market-rate unit and commuting and finding new schools and child care if the renter has to move out of the community.

In June, he introduced a motion asking city staffers to prepare a report on whether that would be possible.

The motion argues that the Ellis Act—designed to help mom-and-pop property owners get out of the rental business—has been “exploited by developers seeking to demolish longtime, rent-controlled rental units to build new market-rate units, luxury units, or high-end condominiums.”

“Our affordable housing crisis is deep, and Ellis Act evictions are a big part of that, causing the loss of tens of thousands of rental units,” he said in a statement announcing the motion.