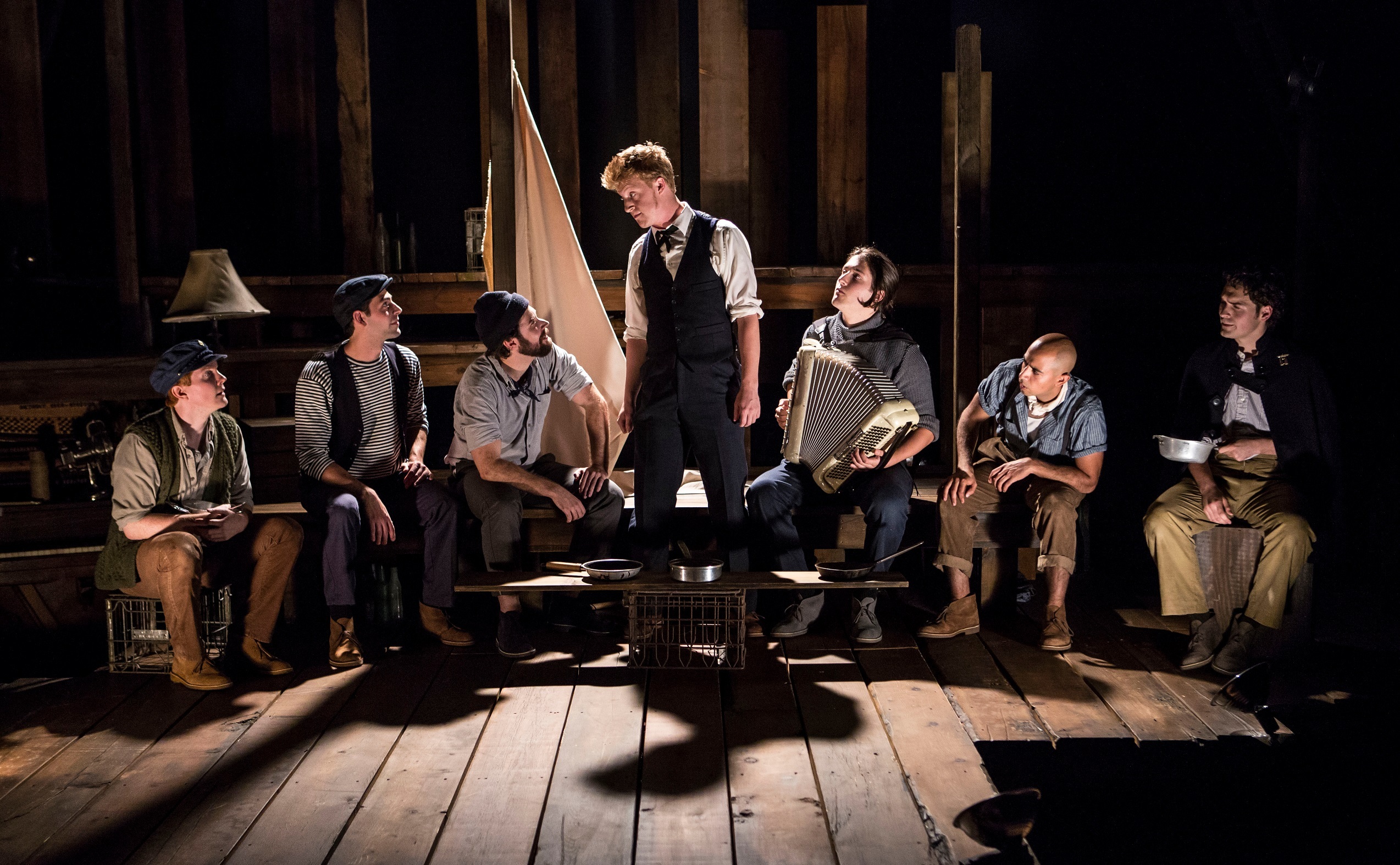 Those of us who grew up being taken to the theater somehow knew our time in our seats was special, that we were part of a sacred rite. So this month we’re highlighting shows that could—indeed should—be seen by young audiences. These form a broad choice among a Shakespearean tale, a realistic depiction of today’s high-school girls, a soon-to-be classic, an old classic reconsidered for today’s audiences and an enchanting new story told with old-time stagecraft. We’re betting these five shows, listed in order of closing date, will be worth your theatergoing money, and your time with your young’uns.

The Old Man and the Moon
Bram Goldsmith Theater at Wallis Annenberg Center for the Performing Arts, March 2–17
Note: Recommended for all ages

Each month, the Old Man fills the leaky moon with liquid light. But his wife has abandoned her post, lured by a beguiling song. Can you tell this piece is written by seven young men? We forgive them, though, in exchange for their commitment to low-tech theatermaking. PigPen Theatre Co. creates the tale onstage with an indie-folk band (we spotted a banjo), fun-times puppetry (including a feisty bounding dog) and old-school lighting (this time, flashlights are better than new LEDs). As our Time Out colleague in New York put it, “They shoot for the moon and reach it.”

Santa Monica Playhouse continues to welcome the city’s youngest audiences to its old-school theater for a gentle, first-time theatergoing experience. But there’s nothing old or particularly musty about this version of the fairy tale, by Playhouse artistic directors Evelyn Rudie and Chris DeCarlo. Modern people with modern issues fill the story, though costuming remains big and splashy and the adventures zip along.

Nine high-school girls on an indoor soccer team warm up together each week. Anger, anxiety, abortions and the like wrack their daily lives, while injuries, jealousies and perhaps an absentee coach tear at the team. Alana Dietze directs the Los Angeles premiere of Sarah DeLappe’s script, a 2017 Pulitzer Prize finalist.

As much as our English teachers want us to read, they’d be the first to say that Shakespeare was meant to be heard. One of Los Angeles’ finest Shakespearean troupes, which traditionally performs during the summertime in the huge outdoor space of Griffith Park, celebrates springtime indoors, bringing Shakespeare into its intimate theater space. This year’s play examines the conflict between friendship, on the one hand, and duty to a government of laws and not of men, on the other hand. David Melville and Melissa Chalsma direct.

The Miraculous Journey of Edward Tulane
24th Street Theatre, March 9–May 19
Note: Recommended for ages 4 and up

In the novel by Kate DiCamillo, Edward Tulane is a rabbit made of china who falls overboard in the midst of the wide sea and who must find his way home. The pampered toy falls on the hardest of times, but in exchange he becomes filled with awareness, understanding and, dare we say, the knowledge of love. This staging of Dwayne Hartford’s adaptation sets the story in a homeless encampment, bringing the story, written in 2006 but originally set in the Depression, to a modern urban setting and sensibility.