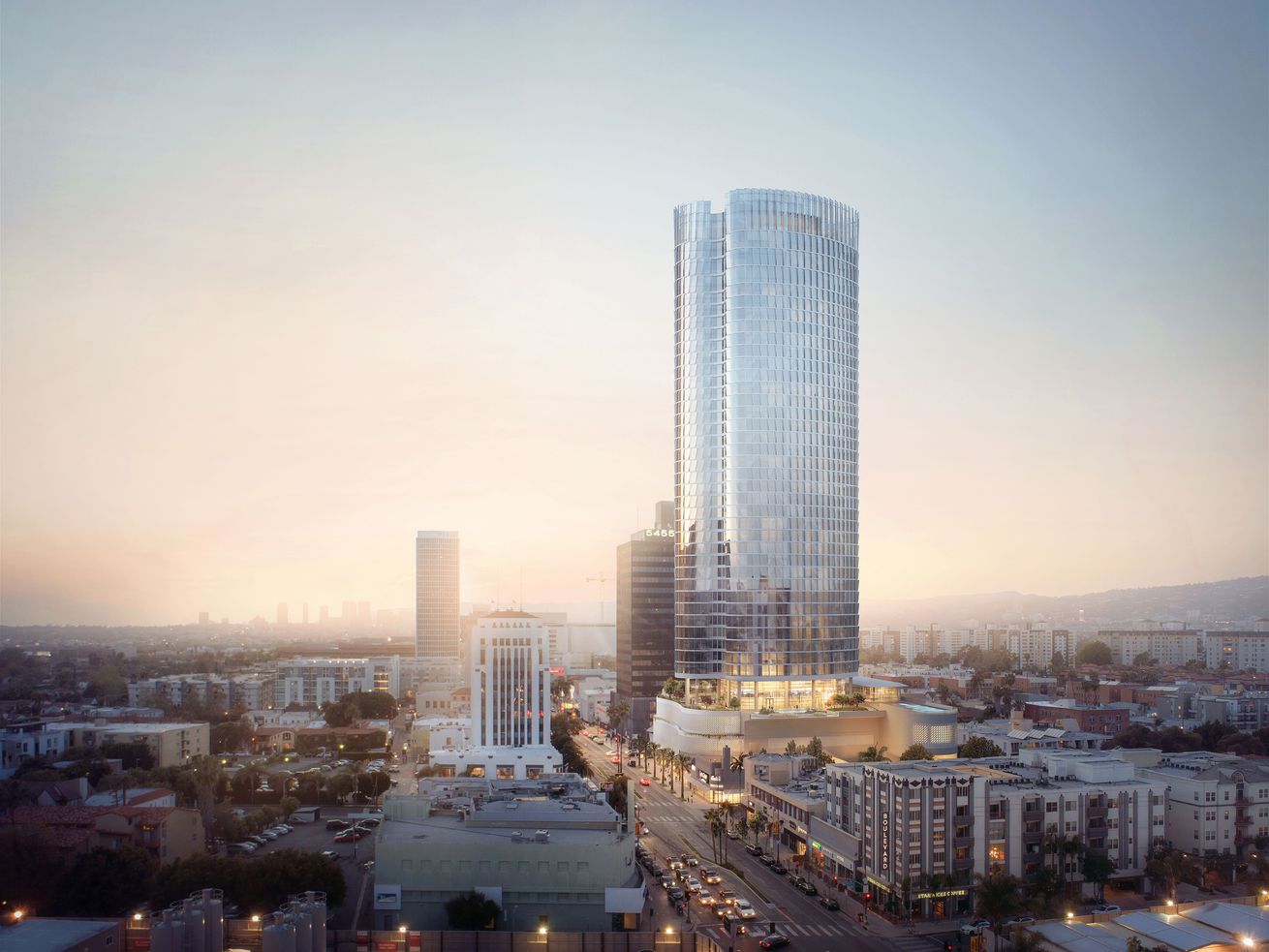 The developer is the longtime property owner, the family of Walter N. Marks, a formidable real estate developer who acquired and renovated the Helms Bakery District

The Los Angeles Times reports that the owners of the Art Deco-inspired Staples and a beauty shop on Wilshire between Cloverdale and Cochran are planning to redevelop the property with a high-end high-rise that will stand 42 stories above the boulevard.

The project will bring 371 luxury apartments, including 56 affordable units, and a host of amenities to the block via a fifth floor amenity deck with two pools and a private garden on top of the building’s 42nd floor.

The rents for the fancy apartments have yet to be set but are expected to be on the higher side. “It’s going to be a first-class building,” Marks told the Times. “The rents are going to be representative of that.”

The Staples on the site now will be demolished, but the Art Deco beauty supply shop, built in 1936 and once a Sontag drugstore, will remain. The plan is to renovate that building and turn it into a “cafe and white tablecloth restaurant.”

The project is being developed by the longtime property owner, the family of Walter N. Marks, a formidable real estate developer who acquired and renovated the Helms Bakery District.

The Marks family enlisted architect Richard Keating, the designer of the Southern California Gas Company tower in Downtown, to lay out the apartment tower. The family has yet to submit plans to the city but aims to open the tower in 2023, the Times reported.