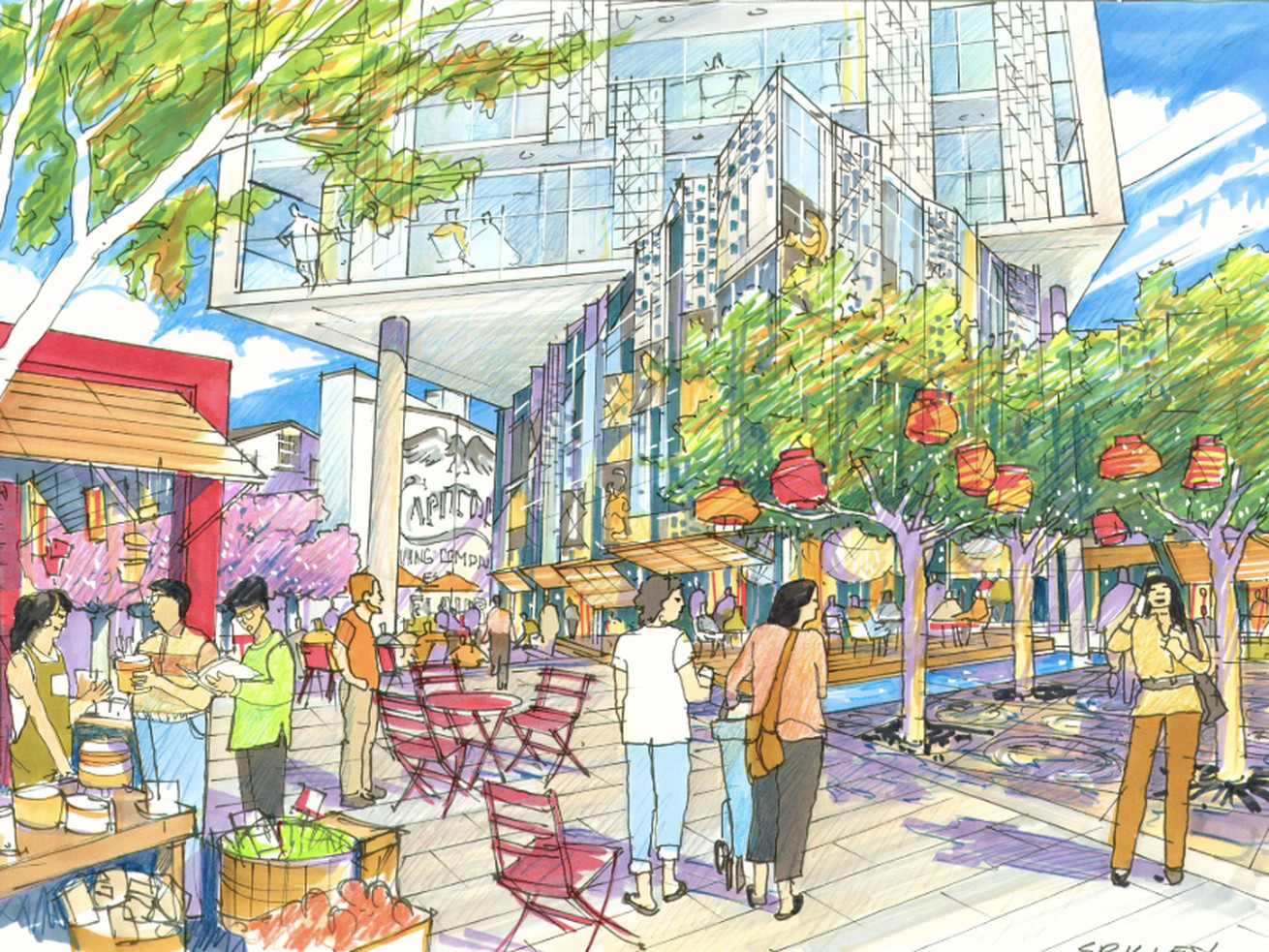 A 27-story tower planned for Broadway in Chinatown is now the second development in Los Angeles that will be allowed to bypass the state’s notoriously lengthy and detailed environmental review process.

The council determined that Harmony meets the standards of a program, established in 2011, for so-called Sustainable Communities Projects. To qualify, developments have to be smaller than 8 acres, be located within a half-mile of a transit stop, and include some affordable units (or pay a fee to the city to build affordable housing off-site).

A 28-story skyscraper that’s planned at the corner of Sunset and Vine, where Ameoba Music stands today, was the first project in the city of Los Angeles to qualify. The city awarded it an exemption in November.

The developers behind the Chinatown high-rise, Townline and Forme Development, will be required to do a much less exhaustive “initial study,” but they will not have to do an environment impact report, better known as an EIR.

That will likely help them meet their goal of starting construction this year.

There’s no way to judge how much time the CEQA exemption can save a project, but city planner Jenna Monterrosa notes that as part of an EIR, a developer must give the public 30 days to comment on its plans. With the exemption, developers do not have to provide any public comment period.

The Chinatown project would rise at 942 Broadway on the site of what’s now a parking lot and a small retail center containing the East West Bank and a handful of storefronts. It would hold 178 residential units, five of which would be available to very low-income households, along with four floors of office and retail space, plus underground parking.