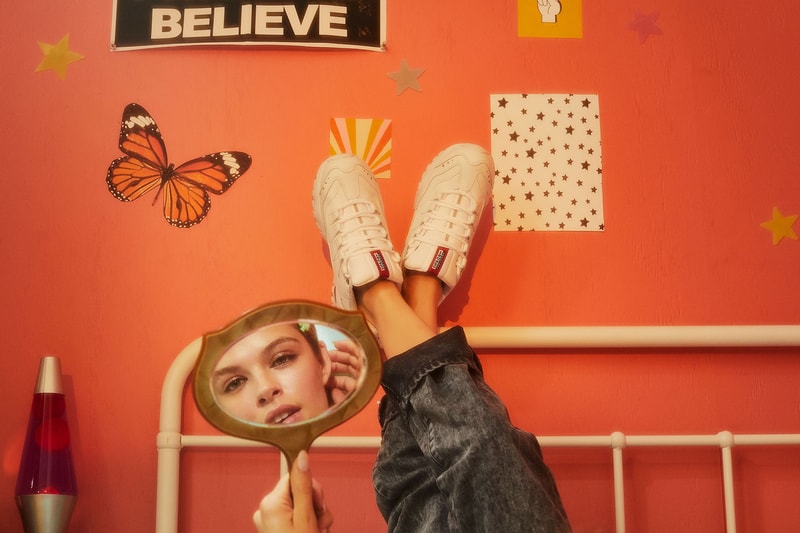 Skechers is commemorating the Energy, a silhouette synonymous with late ‘90s and early aughts fashion, by introducing a modernized take on a timeless style. Originally released in 1999, Skechers Energy became an instant classic due to its trendsetting design and chunky outsole, popularized by reigning starlets of the era like Britney Spears who became the face of the global Energy campaign in 1999.

As one of the true originators of the chunky sneaker movement, Skechers is marking the 20th anniversary by dropping modern versions of the shoe that are a nod to the footwear brand’s original ‘90s-inspired design fused with contemporary styling. Fashioned in bold hues, singular colors, chunky soles and inventive detailing, the brand’s expanded range of colors includes the OG classic Skechers Energy in monochromatic White or Red as well as the freshly updated Energy Timeless Vision in White and Energy Retro Vision in Blue.

Keeping in step with the history of the Energy that spans two decades, the lookbook above pays tribute to the kicks’ storied history by fusing nostalgic style with present-day fashion. Set against the backdrops of a retro teen bedroom and a modern bedroom, the silhouette proves that while style, detail and attitude have evolved the classic kicks have remained a constant. Through the incorporation of reimagined denim, boldly-hued separates and streetwear-inspired pieces, the lookbook acts as the perfect style guide for adding a modern twist when sporting the iconic Skechers Energy.

Check out the iconic Skechers Energy in the lookbook above and head to Skechers stores, Skechers.com and retailers worldwide to purchase the shoes.